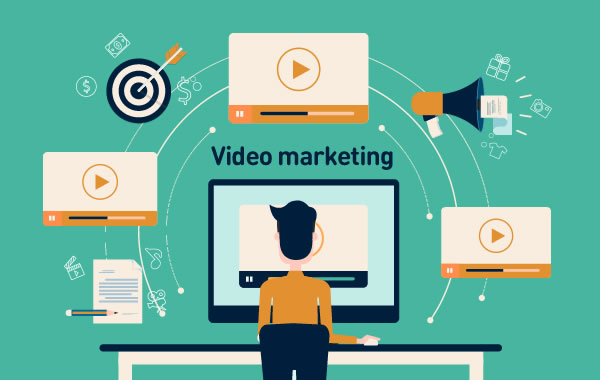 Have you watched at least one video today?

If you haven’t, you are among the few. More and more videos are viewed every day and it didn’t take marketers long to seize that opportunity.

If a picture paints 1,000 words, then a video is worth 1.8 million, according to Forrester’s researchers. With the rise of video advertising, the vocabulary which describes its aspects is also expanding. To help you get started, we have prepared 20 most important terms in video advertising.

1. RICH MEDIA – refers to the ads that are not just simple images – they contain video, audio or other advanced features.

2. ADVERTAINMENT – a video or a short film that combines advertising and entertainment.

Its purpose is to promote a brand in a way that appeals to its target audience. The Old Spice campaign is an example of popular advertainment:

3. STREAMING – a data transfer technique which enables users to watch a video in real-time.

4. AUTOPLAY VIDEO – a video that starts playing automatically, without any intervention from its viewer.

5. FULL SCREEN – an object or video that covers the entire screen of a user’s device. Check out an example of a full-screen video campaign with great CTR.

6. REACH – the total number of different viewers that have the opportunity to see an ad during a certain time period.

For example, if a site has a reach of 5 million users, it means that 5 millions users will have the opportunity to see its ad at least once.

7. CUE POINT – an invisible marker set at a specific time point in a video that usually trigger mid-roll ads.

8. IN-STREAM ADS – video commercials that are inserted into online videos, during which they appear at the previously set points.

9. BUMPER AD – a very short video (usually less than 10 seconds long) inserted into another online video for advertising purposes. Their role is to attract attention and briefly present a brand.

10. LINEAR ADS – video ads that appear before, after, or during an online video. They are also known as pre-roll, post-roll and mid-roll ads.

12. MID-ROLL AD – video ad that appears at some point in a video based on the previously set cue points.

14. NON-LINEAR ADS – ads that are placed over an online video or within it.

They run at the same time as that online video. Overlay ads are the most common form, but non-linear videos also appear as text, graphical banners or buttons.

15. OVERLAY ADS – semi-transparent ads which appear at the bottom of a video while it plays.

16. INTERSTITIAL ADS – video ads that appear during the transition between two web pages. When a user clicks on a link, an interstitial ad appears before the wanted content loads.

17. OPT-IN VIDEOS – refers to the process in which users willingly watch ads, usually in order to get some reward in return. For example, users who are playing a mobile game can watch an ad to get an extra life or a similar reward.

18. OPT-OUT – refers to the process in which a user chooses not to receive any more messages from a certain company (e.g., through its mailing list).

19. INTERACTIVE VIDEO – video ad that combines advertisement and interaction to engage users more easily. It usually involves asking for their input in order to perform specific actions. Check out these popular interactive videos to get a better idea how they work.

20. COMPANION AD UNITS – a combination of an in-stream video ad and a banner which appear together, usually close to each other.

Stay up to date

Video advertising is becoming very popular among marketers, so it’s wise to get to know its most important terms.

Keep this glossary handy and have fun discovering what makes videos such an interesting addition to the advertising industry. Also, don’t forget to keep up with other important areas of online marketing – affiliate marketing and programmatic.