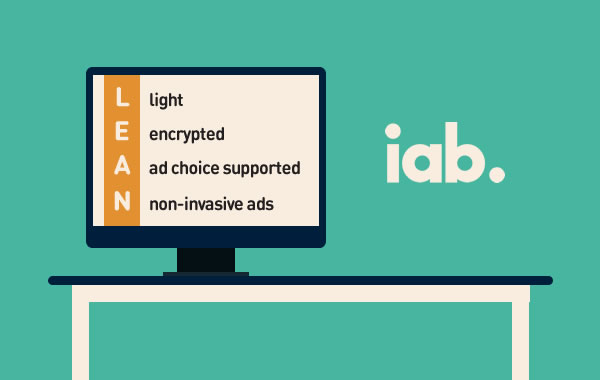 An eye for an eye, an ad for an article. For the longest time, there has been a ‘silent agreement’ that seeing ads compensates for the free content readers get. This relationship was pure magic – until one of the parties started getting a little too cozy. Ads got heavier, more distracting and started imposing on readers, who promptly responded by inventing the controversial ‘ad blocker’.

If you’re thinking, ‘OK, so a few people installed ad blockers’, think more than a few. Latest research shows over 15% of online adults are using Ad Blocking software! But can we really blame them? Advertisers have obviously not been holding up their part of the bargain, serving customers this, this and this. Why? They wanted their ads to be seen and clicked on at all costs.

Now, they are being called to the Principal’s office. The International Advertising Bureau has owned to their mistake. ‘We messed up’, they said. As the corner stone of Internet advertising, the IAB is a strong advocate of an ad-funded Internet, but they realized the most important thing to do is to improve the experience of Internet users so that ad blockers are not needed in the first place. In other words, we are in desperate need of great ads.

In the attempt to make things right, they have launched the L.E.A.N. Ads program. It’s an annex to current advertising standards. What does it stand for? Finally something we can lean on.

Don’t you just love it when you are trying to access a website but it loads forever because of all the heavy weight they carry, said no one ever. Among the main reasons users decide to install an ad blocker is the lightning speed of loading a website that doesn’t have any ads, but also the fact that users with smaller data plans (mobile users in particular) waste their MBs loading large ads.

To be able to advertise on secure websites, advertisers need to create secure, SSL-compliant creatives for both display and video ads. If that doesn’t explain it, SSL is a protocol for establishing a secure connection between two parties on the Internet, whose mission is to ensure that all transmitted communications are encrypted, a.k.a. encoded so they cannot be easily understood by unauthorized people.

This means all ads should support the Digital Advertising Alliance’s (DAA) consumer privacy programs. The DAA is an independent non-profit organization that addresses digital data collection, or in other words, a pact between the industry’s bigshots to take care of your personal information.

This one is pretty self-explanatory. Ads should not distract you, annoy you or in any way undermine your browsing experience. But perhaps the largest contribution to preventing ad invasion is the relevancy of ads. Show me a wellness advertisement while I’m browsing massage techniques and I just might click it.

There are wonderful examples of enjoyable ads online so obviously, they are not a myth. Yes, click bait banners are a lot easier to design – just take every single element you have and mix it all up for a tacky ad. Then be sorry nobody will ever see it because everyone installed ad blocking software. You see my point?

The IAB also touched on other areas of consumer frustration, like frequency capping on retargeting and the volume of ads per page, promising to work on these issues in the near future.  Basically, advertisers are on the move now. Will they start making quality advertisements or will they continue losing profit to ad blockers?  You won’t be able to tell with an ad blocker turned on.

Another thing you might not be able to do with an ad blocker anymore is to enjoy free content on the websites you visit. Influential publishers, such as The New York Times, have started limiting access to visitors if they detect the use of ad blocking software. They encourage users to whitelist the site, but make no mistake – ad blockers are getting smarter by the day, too.

So instead of outsmarting each other, we should invest the effort in making those mythical ads worth seeing, sharing and clicking on a new advertising standard.  ‘We messed up’, the IAB said, holding a bouquet of promises at Internet users’ doors. Let’s hope they take root.